Richard Hay farms at Glenburn Station in the hill country above Omarama, Central Otago. The harsh climate throws everything at the farm, from snow and rain to burning sun and drought.

Irrigation changed farming in Omarama forever when the first pivots arrived in the early 2000s. These days, with 144ha of irrigated land, Glenburn runs an intensive operation finishing lambs and cattle. In this year alone, Richard overwintered 5000 lambs and expects to buy in 12,000 more from outside properties in the coming season. 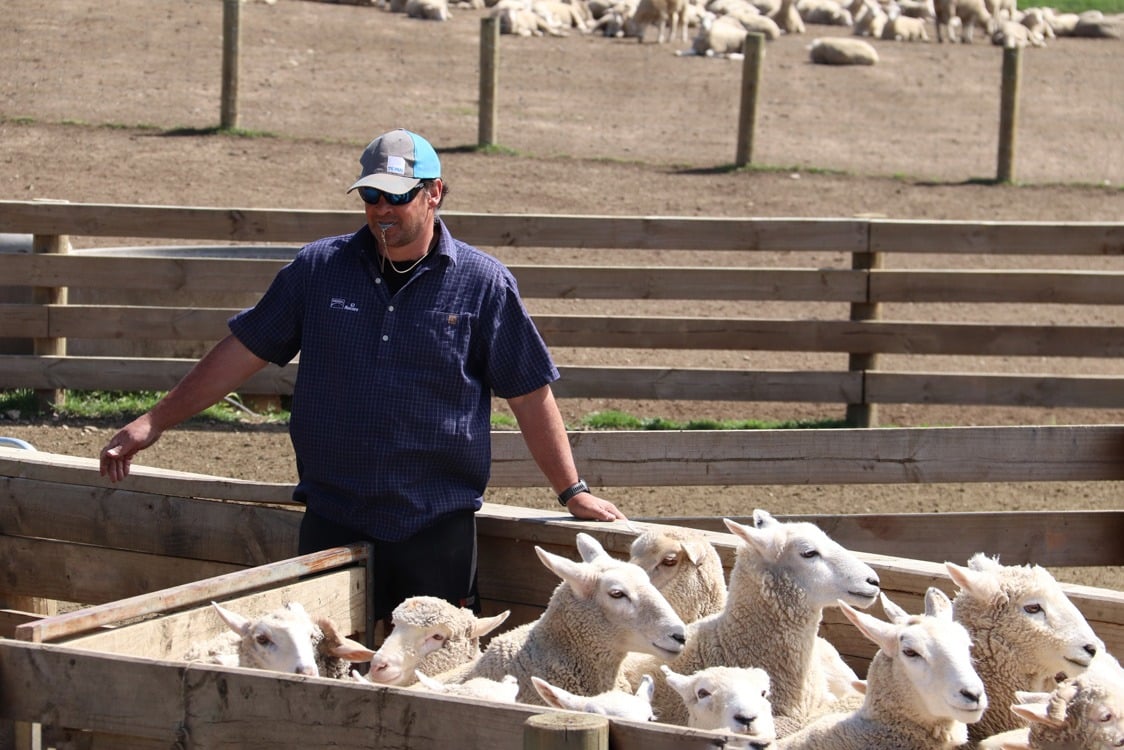 Richard’s used many an auto drafter in his farming career, but none has impressed him as much as his new Te Pari DR5 with its five-way drafting system. He’s certainly used it enough to know, estimating that between January and May he put over 30,000 lambs through the machine.

“Having a tool like this is a must for a finishing property. Weighing lambs is a very important part of our operation so the reliability has to be 100%.” 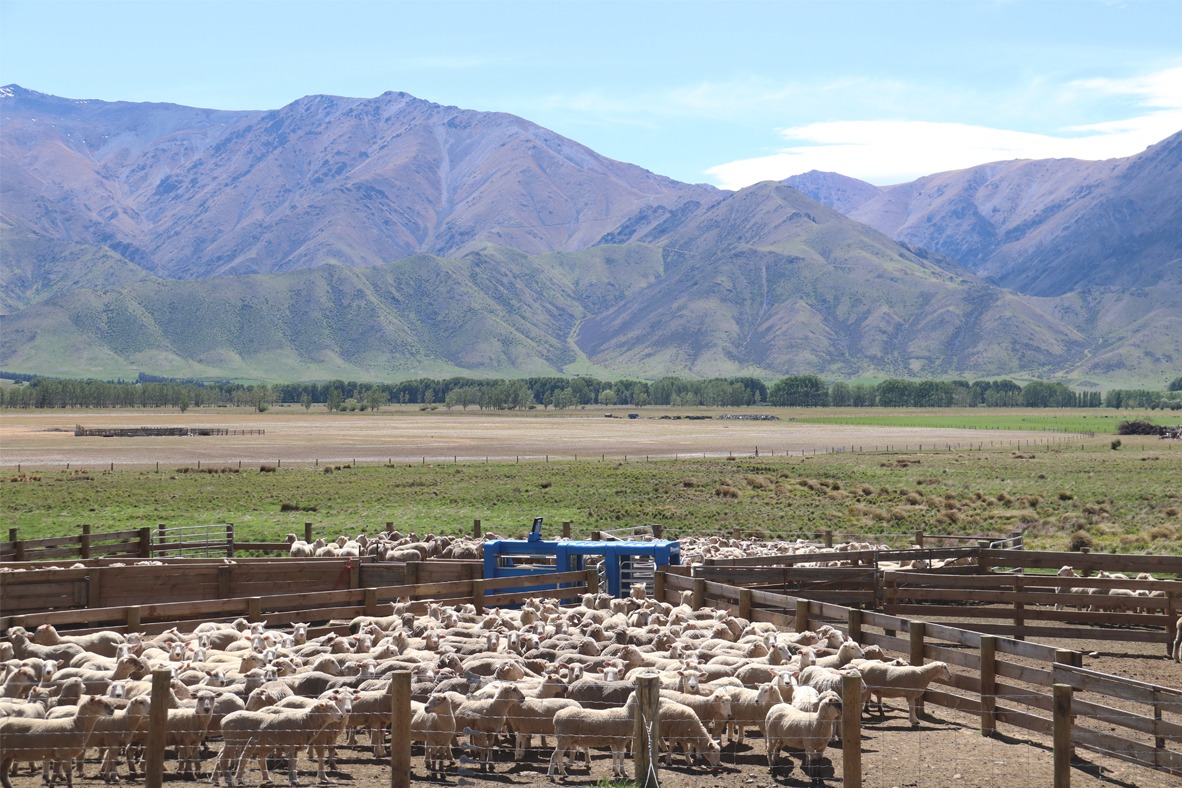 Watching Richard and his dogs bring a thousand lambs into the yards and single-handedly put them through the DR5 shows you just how easy it is for one person to operate with a Te Pari system.

The adjustable optical sensors — the “magic eyes” — automatically sense when to open and shut the entry gate. Lambs feed smoothly through into the crate, pause for weighing, and then automatically run out into the correct pen. The pneumatic system is remarkably quiet, and Richard doesn’t need to be anywhere near the auto drafter; he has confidence that it will do the job right every time without fuss or bother.

“We can’t afford to bring stock into the yards and have them standing because our machine won’t work. Te Pari has a good name, so you stick with the good brands.” 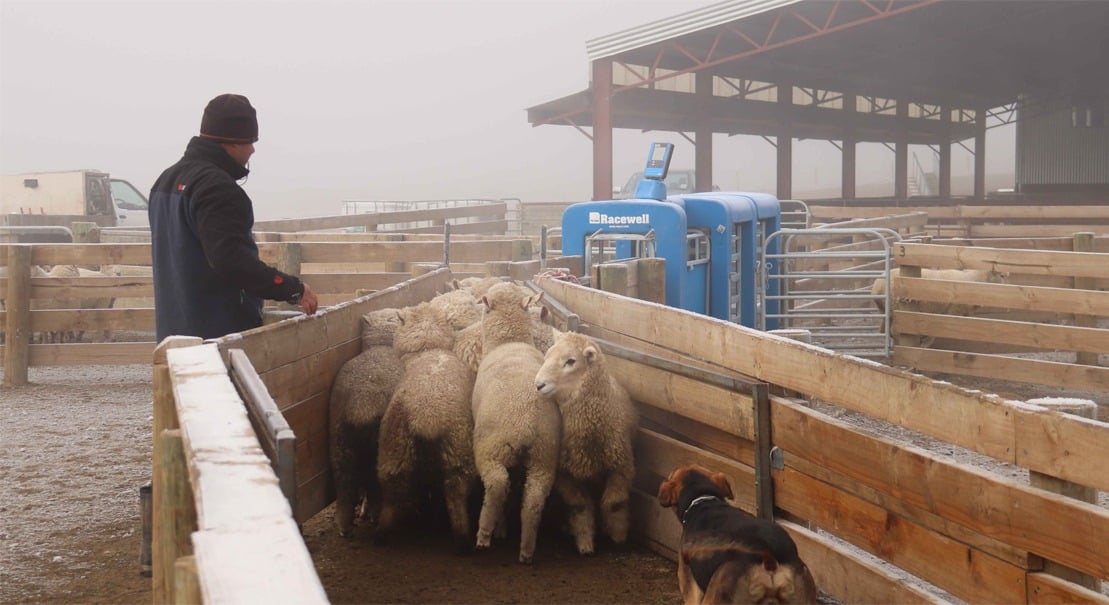 On a DR5, the weighing crate is floating on the scales and, in Richard’s mind, this is one of its most valuable qualities. The weatherproof auto drafter is in the outside yards, and the sheep can truck a fair bit of mud through at times. 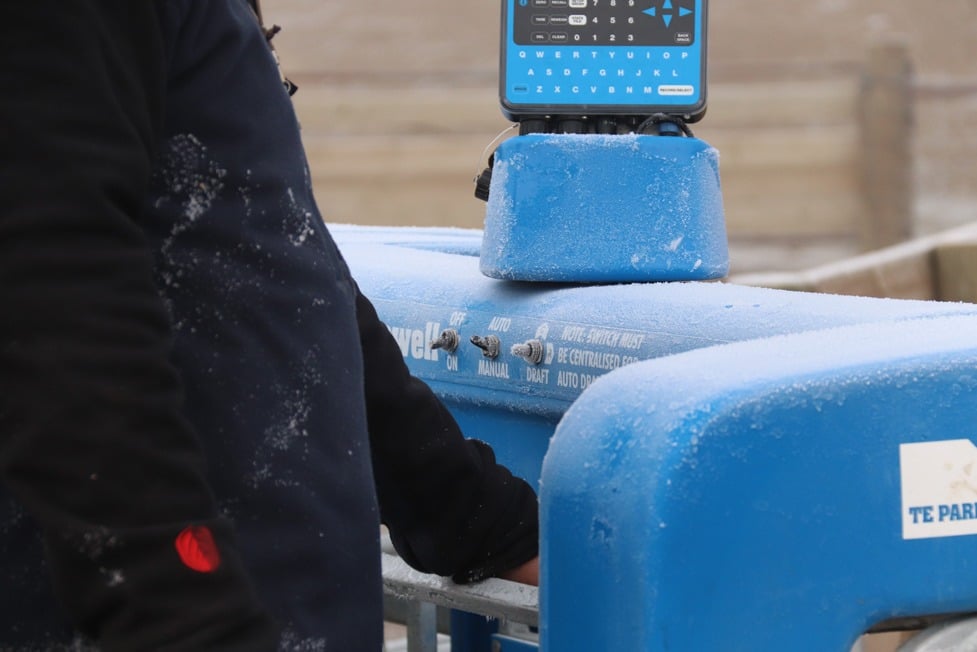 “It’s great to have the floating platform; it doesn’t fill up with mud and doesn’t affect the performance of the scales. So, you always get the correct weight for your animals.”

Richard also likes how easy it is to clean; in fact, he’s never even bothered to bring out the water blaster. A quick brush over with his hand and everything’s good to go.

On Te Pari machines the entry gate is not part of the weighing zone. Even when a lamb’s in a hurry to follow its mate, you still get an accurate weight in the crate. With money on the line, it’s another essential feature to give Richard confidence in the scales. 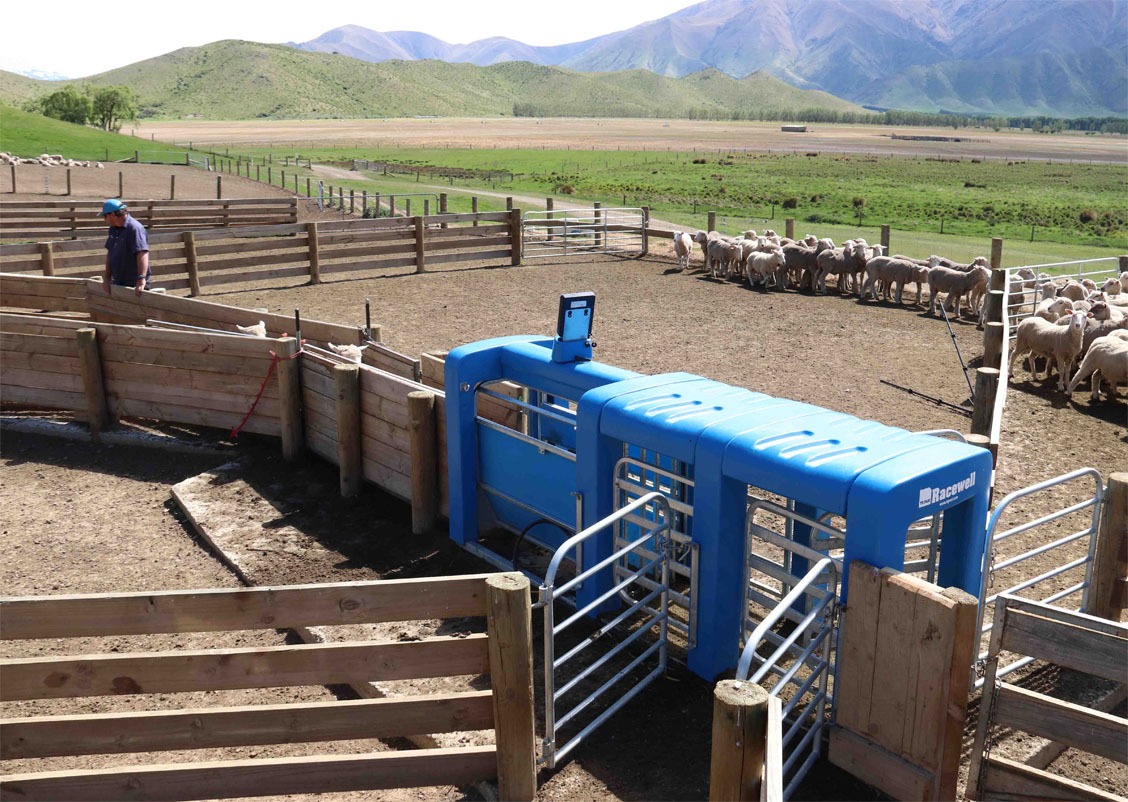 Animal safety and comfort is everything on the farm, and that includes how they’re treated in the yards. Richard is rapt with how the Te Pari machine treats his stock. There’s never any damage; no bruising, no trapping of animals. He sees the DR5 as a safe, useful animal-friendly system that fully justifies itself every time you use it.

“If we were to be investing in another machine this is what we’d be looking at again. I’d quite comfortably have two of them working.

It’s labour-free at the end of the day.”