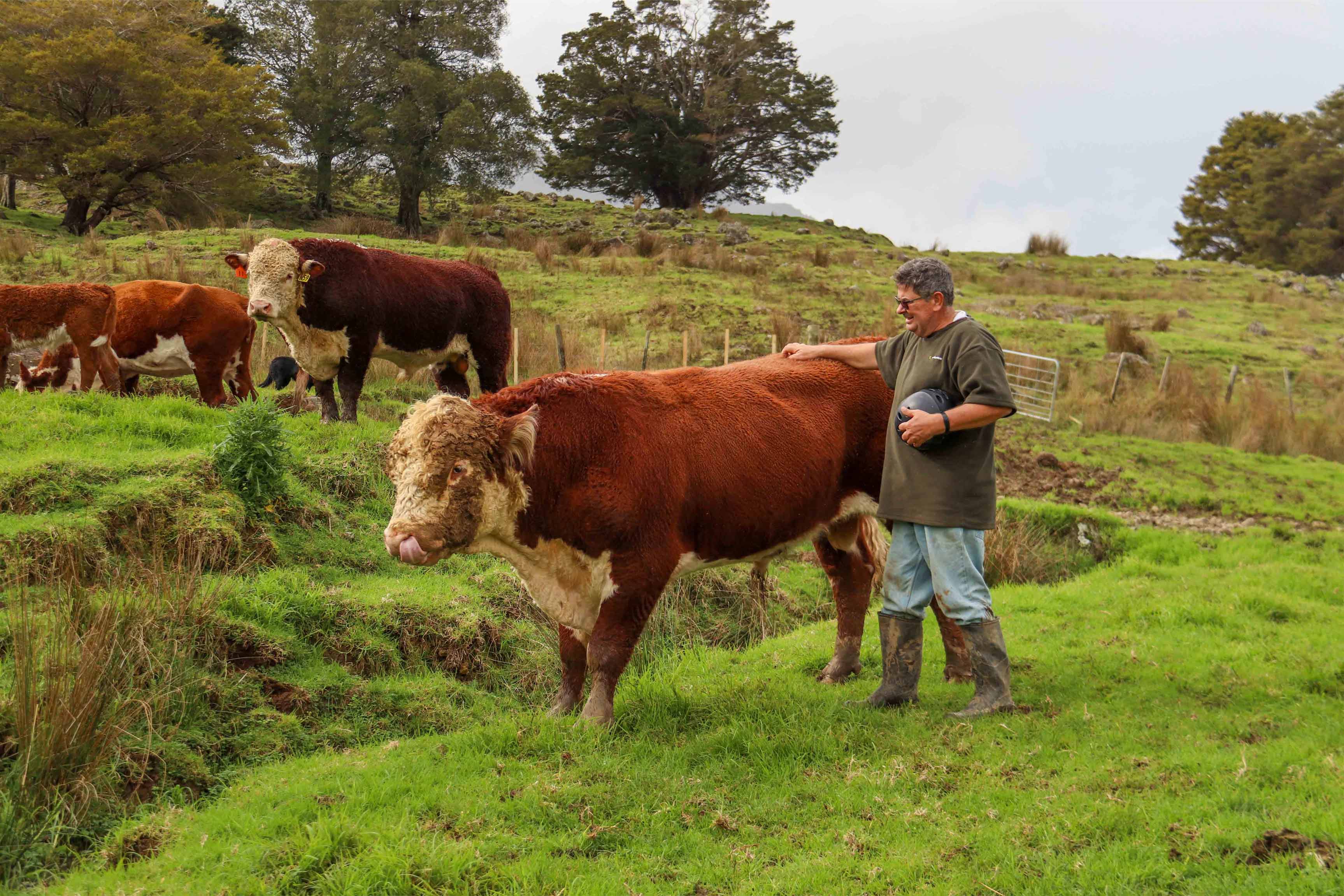 Farming in New Zealand is never easy but winching yourself over a river on a flimsy flying fox seems to be an incredibly inconvenient way to traverse your farm. Still, that's all in a day's work for Ian Webb, since the Waimamaku river slices his 800 acres down the middle.

His river valley, just south of the Hokianga Harbour, is a spectacular piece of New Zealand. Not far from the iconic kauri Tane Mahuta, the land is green thanks to the four-metre annual rainfall and full of boulders thanks to its volcanic soil. 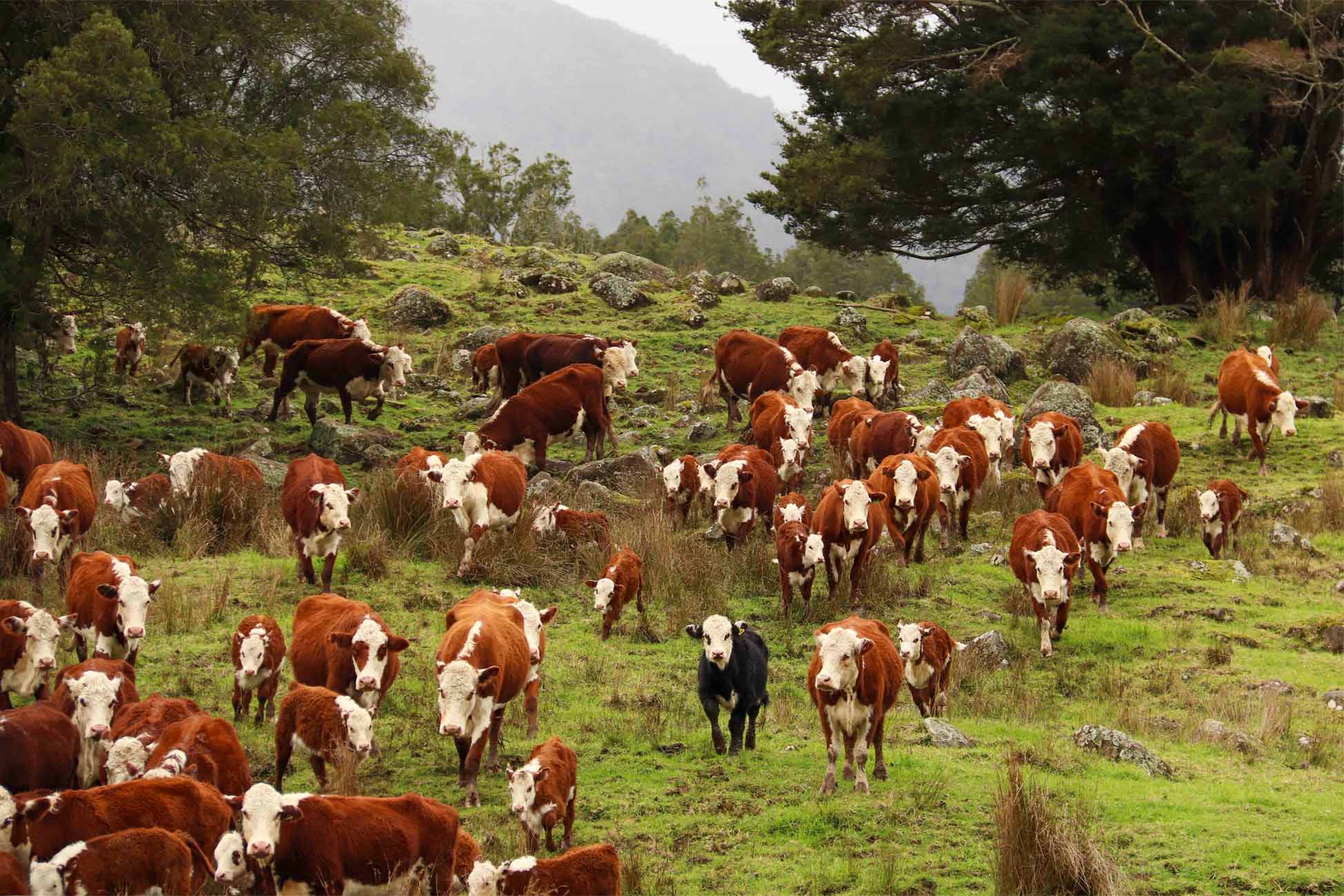 Ian single-handedly runs 350-400 polled Hereford pedigree cows and bulls on his farm. The high rainfall may be the farm's most significant challenge, but safety, when you work alone, is another, especially in the close quarters of a cattle yard. 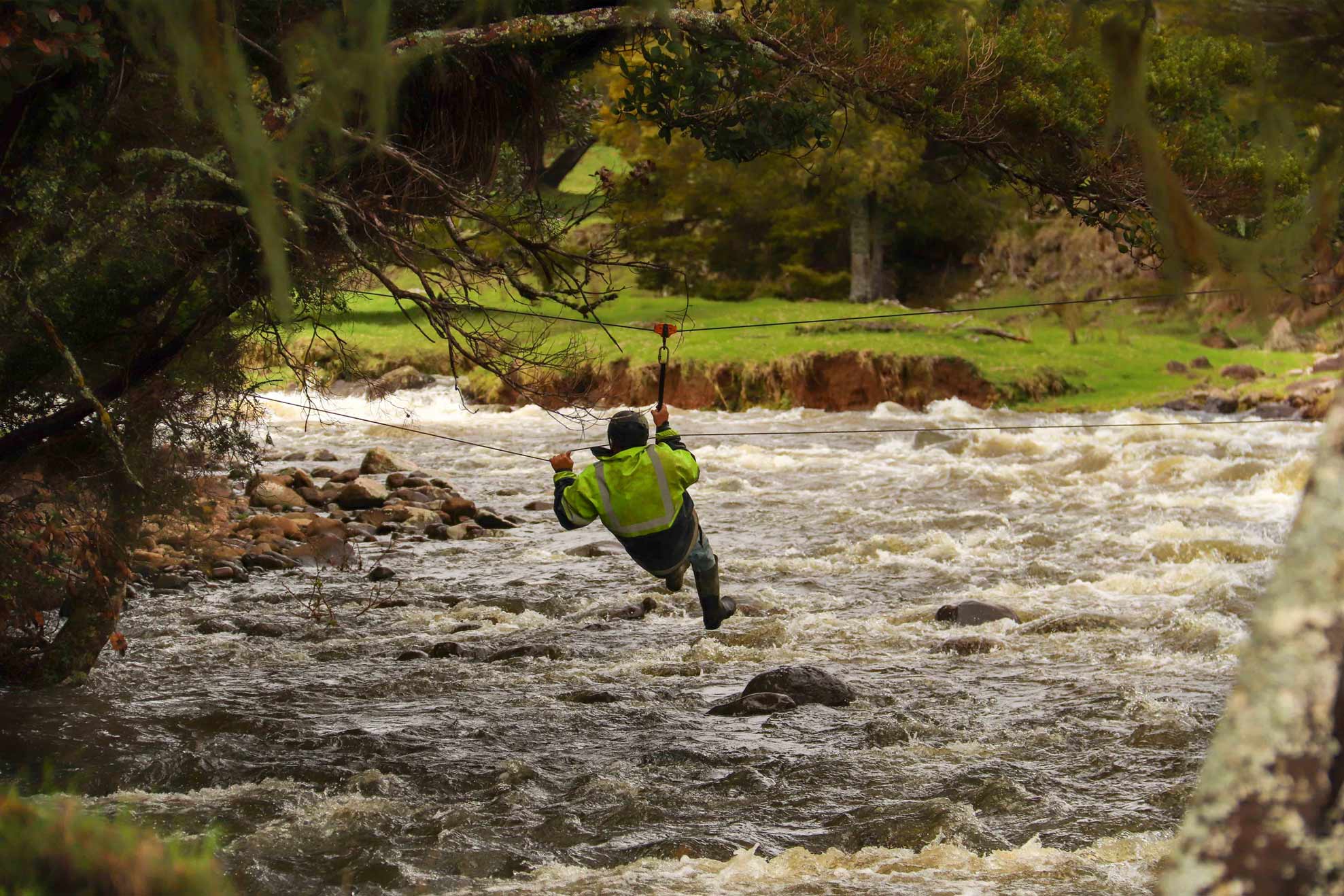 So, when Ian set out to build his new cattle yards, he wanted a set that delivered strength, easy flow, confidence and above all, safety for himself and his stock. When he researched all the options, he found that Te Pari's kiwi-made product delivered it all.

Ian was particularly keen on getting the foundations right because there's no point in erecting strong, steel yards if the concrete pad cracks in the first year. So, he went for high-spec 30 mpa glass-fibre reinforced concrete instead of the more traditional steel mesh.

"With the fibreglass, I don't even have a hairline crack anywhere on this platform," Ian says. "And this has been down for three years now."

Ian spent a considerable time designing his Te Pari yards to make sure that they were spot on. They include many options for running the cattle in, through, around and out. He's created holding yards, chutes, and multiple drafting options. It's all made drafting and drenching so much easier than it was in his old wooden yards.

As with the concrete, Ian wanted strength in the galvanised steel posts and railings. "You can tell by the thickness of the steel how much stronger it is than some of the … cheaper options," he says. Good galv was especially important to eliminate rust in such a wet climate, too.

Ian's well aware that you only ever get what you pay for, so he was willing to "get the best quality I could afford." He adds,

"I've got no regrets about spending a little more money to get yards that I'm really happy with."

Because he works alone, Ian needs to pay particular attention to safety. If a bull baled him up, there'd be no-one around to call for help. So, his yards flow smoothly, so the cows move naturally from one section to the next. There are smaller man-gates yards so that Ian can move quickly between sections and platforms along the race so that he can easily reach the cows to drench them.

Yard height was a real problem with Ian's old yards because the cattle frequently tried to jump the railings. That's been eliminated with the taller steel panels. The cows take one look and realise that there's no way they can escape, so they don't even bother to try.

The cattle crush is another place that Ian notices a vast improvement over his old setup. He wanted to have total confidence that his crush would hold up under any conditions. The squeeze and the head bail give 100% control over the feistiest cow or bull so that both Ian and the animal are safe. 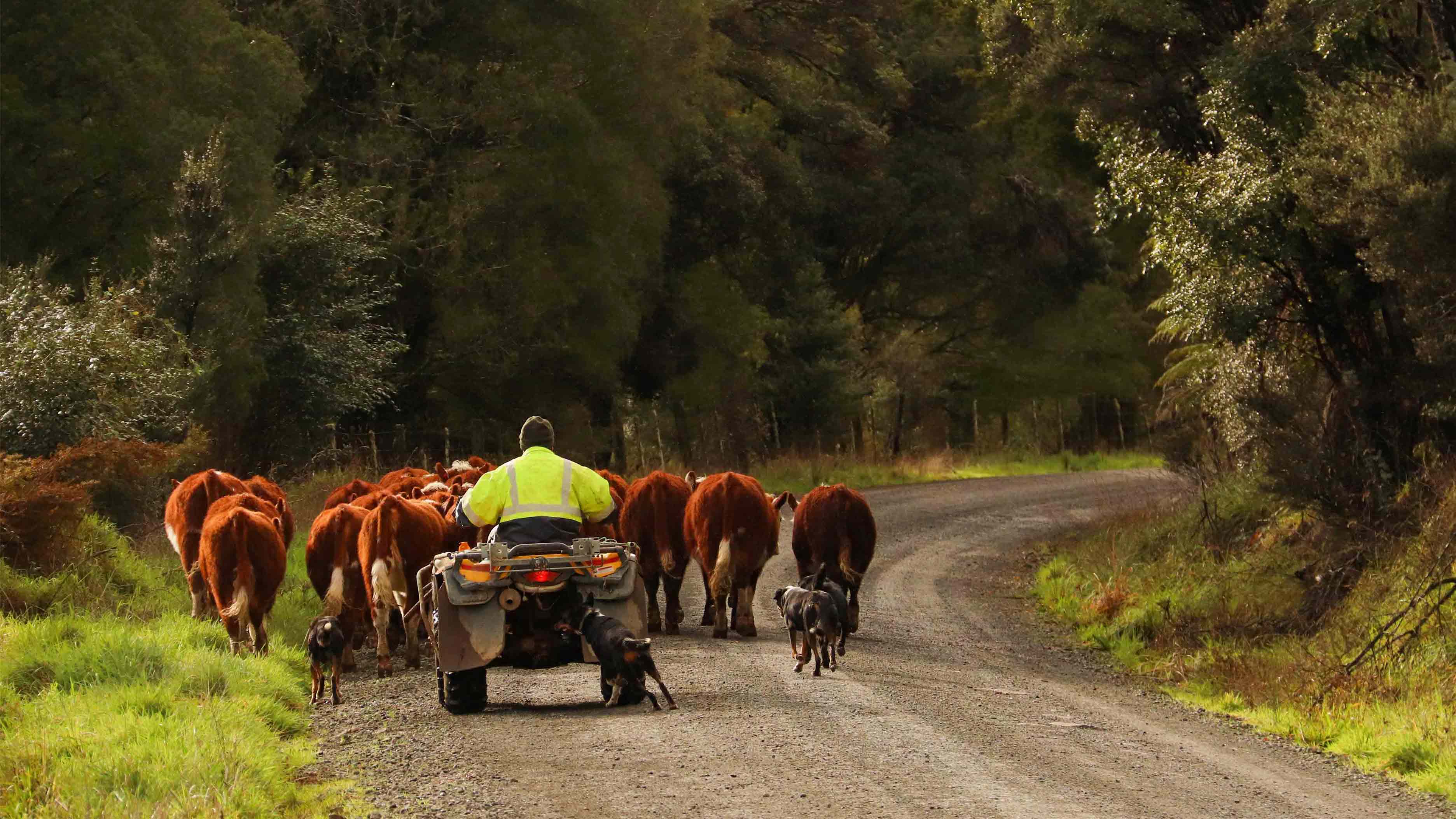 Ian Webb couldn't be happier with his decision to go with Te Pari.

"They're strong and reliable. They're safe and easy to manage stock through. What else could you possibly want in a set of cattle yards?