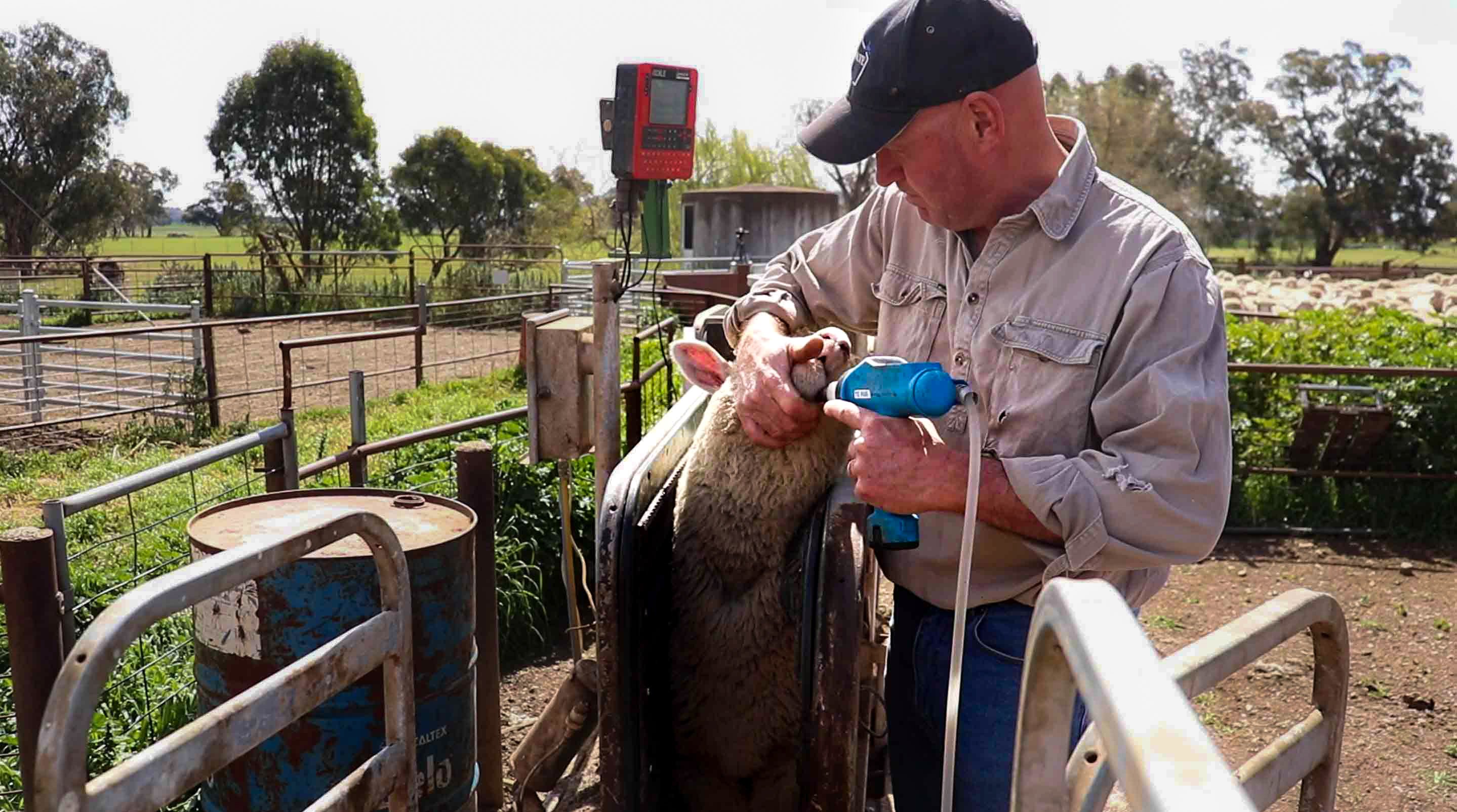 Costly over-drenching is no longer an issue for NSW sheep producer Peter McClintock, with each animal receiving an exact dose based on liveweight. As managing director of Evolve Pastoral Company at Cootamundra, Mr McClintock invested in the world’s first Automatic Dosing Gun developed by Te Pari. Peter and his wife Monica run 7900 first cross breeding ewes and 1400 ewe lambs dovetailed with a cropping enterprise of wheat, canola and barley across three properties totalling 3189 ha. Ewes are joined for either an autumn or spring lambing to Poll Dorset rams, with 10,600 lambs marked for 2019. The second cross lambs are turned off as suckers averaging 23kg over the hooks for the supermarket trade.

Evolve Pastoral invested in a Te Pari Racewell HD3 sheep handler over four years ago and earlier this year a Te Pari Revolution G20 digital, self-powered dosing gun. “We didn’t have problems with a conventional gun but it was more of an issue around saving money on drench over time,” Mr McClintock said. “The gun worked out to be economically feasible for us so we went with it. “We haven’t experienced any drench resistance and have tested a few times – our program involves an early summer drench and occasionally the lambs in early autumn if needed.” The drench gun uses a battery pack set in a robust casing to power the plunger mechanism to deliver an accurate, fully calibrated dose to the animal. It can be connected to the scales for auto-calibration and forms part of a totally integrated animal management system to maximise on-farm gains.

It was easy to make the switch from the conventional to the smart dosing gun. We only had to connect the Dosing Gun to the wifi on the sheep handler weigh scales. 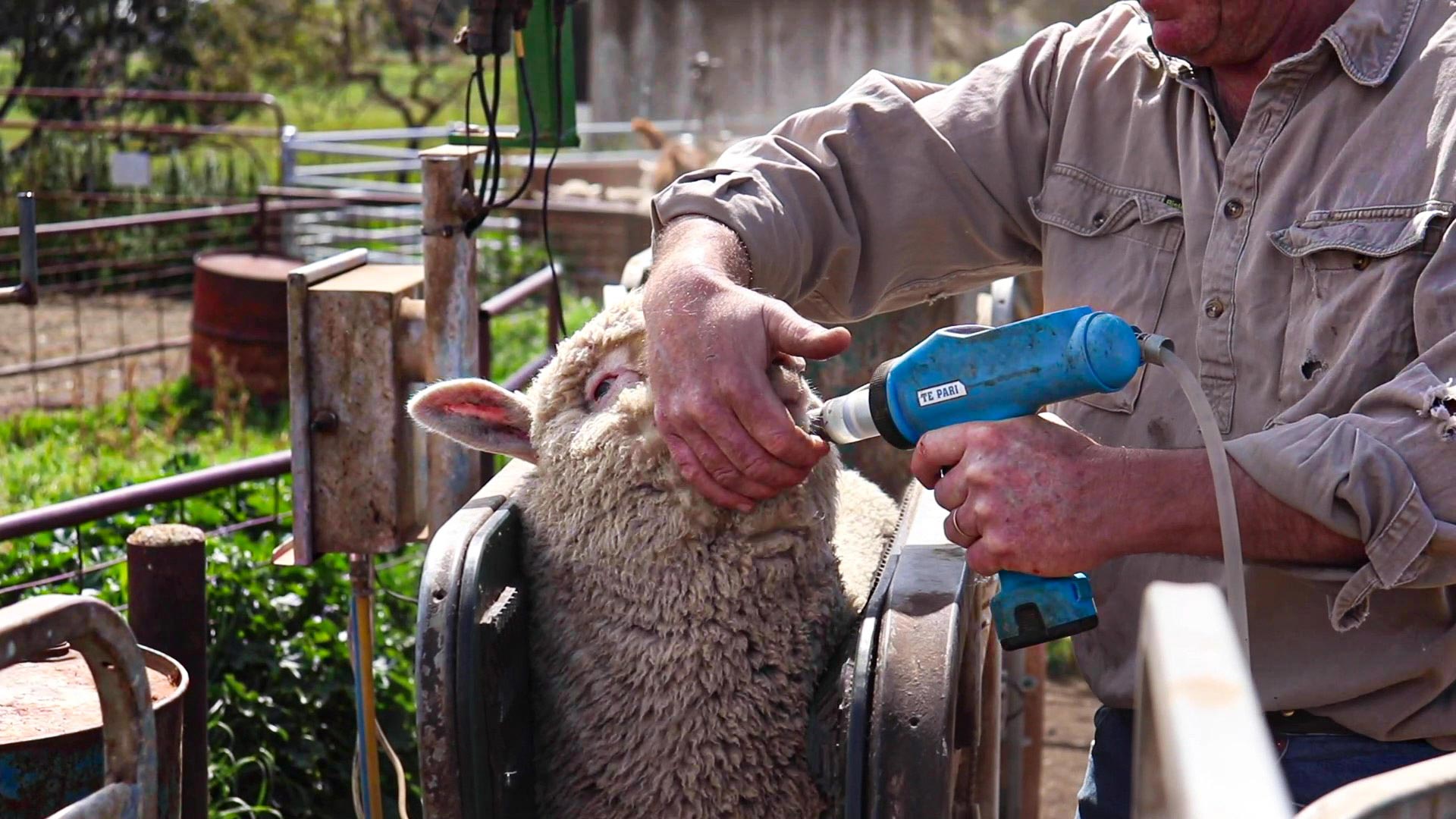 The ground-breaking design features two lithium Ion rechargeable batteries and self-powered trigger mechanism, resulting in the operator not continually pumping their hand. “We have done 1300-1400 sheep in a day and the batteries still have about 50 per cent charge so they last long enough for a day’s work,” Mr McClintock said. “We simply input on the sheep handler monitor how many millilitres of drench per kilogram of sheep – it is usually 1ml per 4-5kg – and it sends a message to the drench gun regarding the required dose.

“The battery operates the plunger, so it makes the hand movement less tiring.” The lithium battery pack will dose more than 2000 50ml shots and the display screen shows the battery level. The dosing gun comes with a power charger and a 12-volt in-car charger. There are two models available – the standard model has the dosage set on the digital keypad while on the smart model the dosage is automatically set by the Te Pari scale, and delivered to the Te Pari gun via wifi. After the dose is delivered, the plunger shoots back to refill the chamber, drastically reducing hand stress and delivering an accurate dosage quickly.

Animal health information, along with weight data, can be downloaded to a mobile phone and emailed back to the office for further analysis. In light of electronic identification not being mandatory in NSW, Mr McClintock conceded the data collection would be useful for growth and reproduction rates to lift production. The Te Pari gun comes with a spare seal kit, a star nozzle for pour-on, a straight jet nozzle for drenching and a carry case supported by a 12-month warranty. Mr McClintock said to upgrade the firmware, simply download the Te Pari dosing gun app. 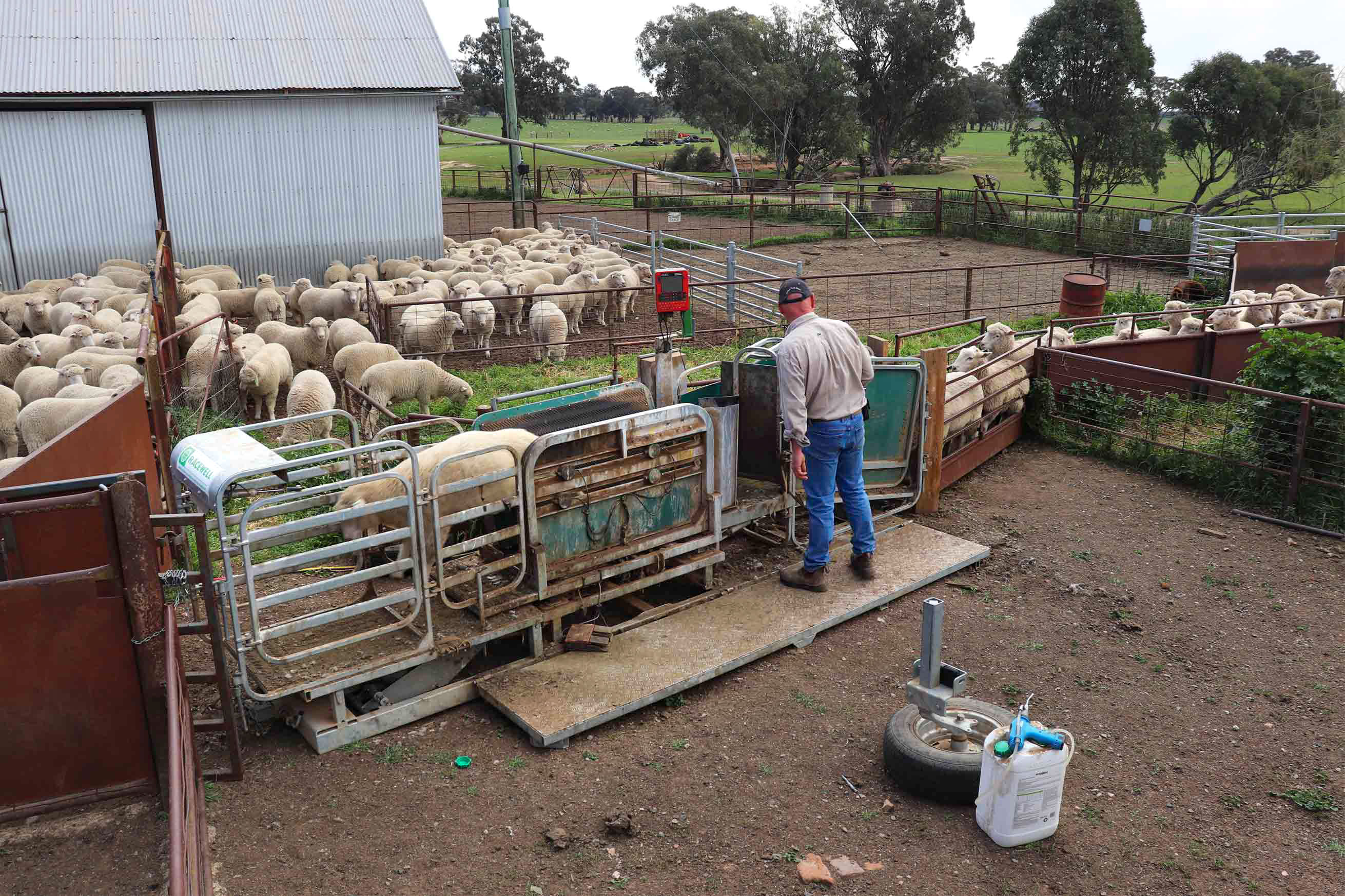 He said the main benefits were savings on drench costs. “If we go out to drench all the ewes, we would normally use 200 litres of drench and we used 120 litres with the Te Pari drench gun, so at $400-$500 a drum of drench, it doesn’t take long to add up. “If I had of been drenching to the heaviest lamb, we would have been giving them 15mls each and they were actually averaging closer to 12mls each. “So, 3mls over 200 lambs is 600mls saved – if you are doing from 15mls down to 10mls then one third of the drench is saved. “If we can save a few thousand dollars a year on drench, the cost of the drench gun is quite cheap.” Mr McClintock said the drench gun integrated with the Racewell HD3 three-way auto-draft resulted in a more user friendly, labour efficient system. “In terms of drafting lambs for sale, we are doing 500 an hour through this sheep handler and we wouldn’t be getting any better rate by other methods,” he said. “It is a lot more user friendly and less physical labour than any other method. “We could go back to using a manual drench gun but with the cost savings, why would we? “It will pay for itself within 12 months quite easily – we are a reasonably large operation and would use more drench than smaller farmers, but a smaller operation would certainly see a return on investment over a few years.”