A handling option for every operation.

Precision handling for prime sheep producers. Racewell - a name synonymous with hardy and effective sheep handlers has built on this legacy with advanced features and technology to take sheep handling to a new level.

How the Racewell Handler works?

The sheep are guided into the handler’s lead-up race. Sometimes, they tend to want to go back, but are prevented from backing up by anti-backing flaps along the side and the tapered sides help prevent them turning around. When the sheep enter the handler, the optical sensors or ‘magic eyes’ trigger the catching mechanism, which is an air-operated clamp. At the same time the animal is clamped, the air-operated entry gate closes behind them, preventing the next sheep from entering. At this point the clamped animal is weighed and can be tipped horizontally onto its side for crutching and various other procedures and inspections. For safety the rear sensors control the entry gate and for the clamp to activate both front and rear sensors, have to be triggered. After the animal has been handled and weighed, a drafting gate is opened and the sheep is released into a predetermined pen. The entire process is done in a matter of seconds, meaning minimal stress on both the operator and animal.

Take the handling out of sheep work!

The Racewell Handler can weigh and draft automatically by weight or EID and also undertake a variety of other tasks such as crutching, dagging, drenching, vaccination and tagging. The patented adjustable optical sensors allow various ‘catch positions’ for the sheep depending on the task to be carried out. The Racewell HD sheep handler is the perfect tool to help farmers produce prime product while increasing profitability and management efficiency.

The Racewell HD sheep handler is the No. 1 machine for precision sheep management!

Optional Side Tilt for crutching

The Side Tilt option allows the sheep to be tipped 90 degrees for crutching. The controls are proportional, as in some situations you may only need to tilt it slightly and just take the weight off the feet to stop kicking. The tilt option is supplied with a foot pedal for ease of use. When the sheep is returned to the upright position, the clamp can be set to auto release providing hands-free operation.

This entry level auto drafting handler will weigh and sort three ways, making it an ideal all round unit for the small to medium sheep producer.

This handler has the same features as the HD3 with the additional of a fourth auto drafting gate. The lead up race has an auto sensing backing hook for improved flow, making the Racewell HD4 ideal for producers looking for extensive sorting.

Based on the HD3 Handler this top of the line model can weigh and draft automatically up to six ways, making it ideal for large producers finishing lambs, feedlots as well as any producer that is using EID for advanced flock recording.

This trailer system is extremely popular with farmers and contractors for obvious reasons. Move between farms with ease with this sturdy trailer designed to cover long distances. It features a retractable drawbar, removable wheels and a fold down working platform. The hydraulic lift makes it easy and very quick to remove the wheels and lower the whole trailer to the ground. The sheep handler trailers come with an optional duratorque suspension for travelling longer distances and a handy pole for mounting your shearing plant.

QUICK TIP: The Racewell HD Trailer has a strong full length chassis rail, which means you can put it down on uneven surfaces. The fold-down work platform gives you a sturdy surface to stand on, whatever the ground conditions. The fold-down platform also makes it easy to sweep up any wool.

Watch the video explaining the key features and benefits of the 4 way drafting Racewell HD4 Handler.

6 Reasons to own a Racewell...

Racewell Sheep Systems can automatically read EID tags, weigh and sort sheep. These actions are programmed into the scale indicator which communicates these settings to the Racewell Sheep System. This gives the operator the freedom to move away from the weighing and drafting area, to organise stock while maintaining control and stop or hold an animal at the push of a button on the remote.

Ewes increase their fertility when target mating weights are reached. Ewes need to be in good body weight and condition for high ovulation rates at mating. It is much more efficient to hold ewe live weight and condition score between weaning and mating as it takes a lot of extra feed to regain weight. Regular weighing using the Racewell Sheep System helps ensure optimum breeding outcomes.

Within any flock of sheep there is a substantial variation in the characteristics that influence an animal’s production level. Using EID or RFID tags to identify each sheep allows farmers to understand these variations which provides opportunities to select or sort animals based on different criteria such as scanning results, breed, growth rate and so on to make informed management decisions for the operation. Electronic ID allows farmers to measure the performance of individual animals and make decisions specific to each animal, reducing costs and labour, while at the same time maximising returns.

Manually handling sheep is a physically demanding job due to their size and strength. Many producers face problems like back strain and knee injuries which impact on their ability to continue doing sheep work. The multi-purpose Racewell Sheep System takes the effort out of sheep work while allowing the farmer to quickly and easily carry out several stock management tasks at the same time reducing the time spent in the sheep yards.

Hear it from those who have experienced it 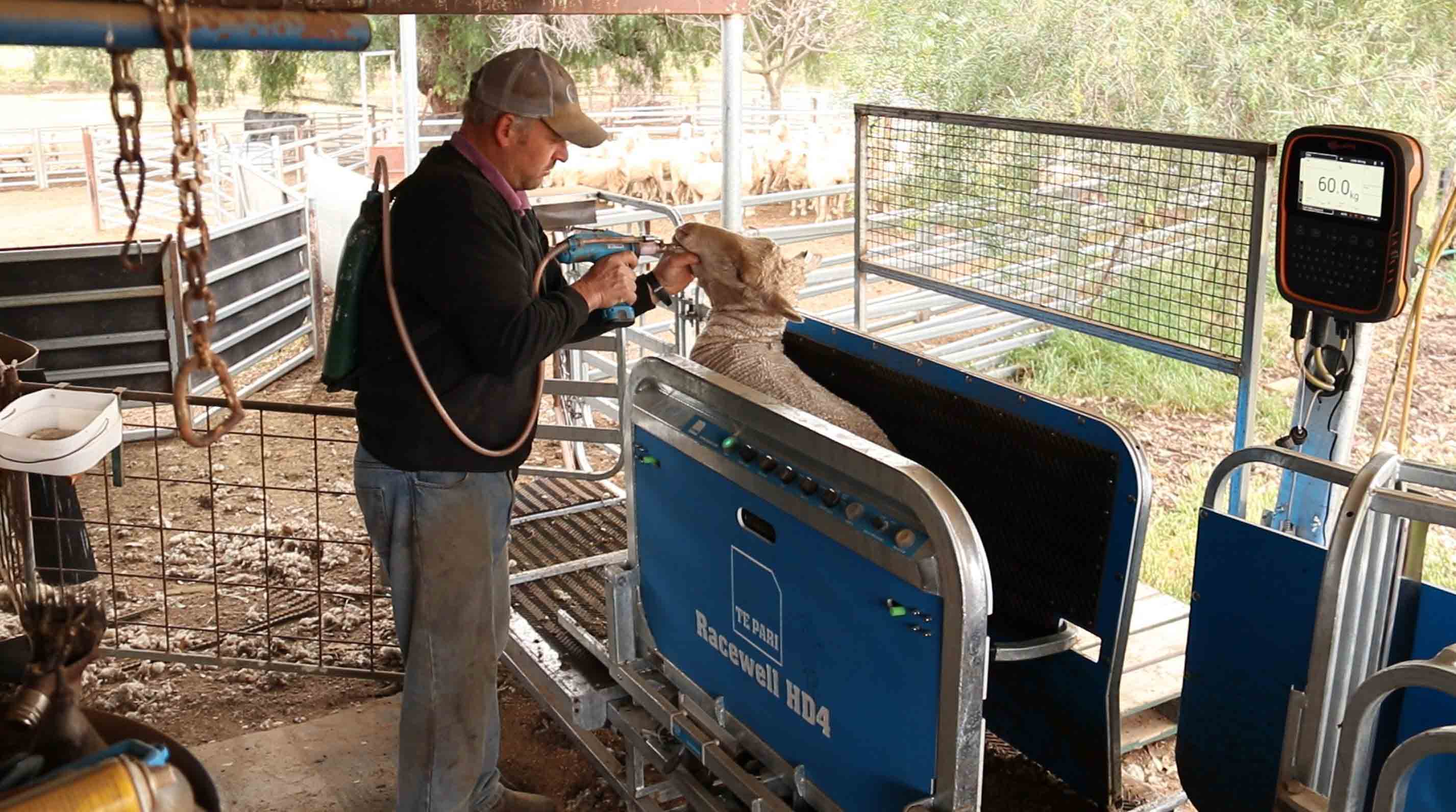 No more drenching up the race 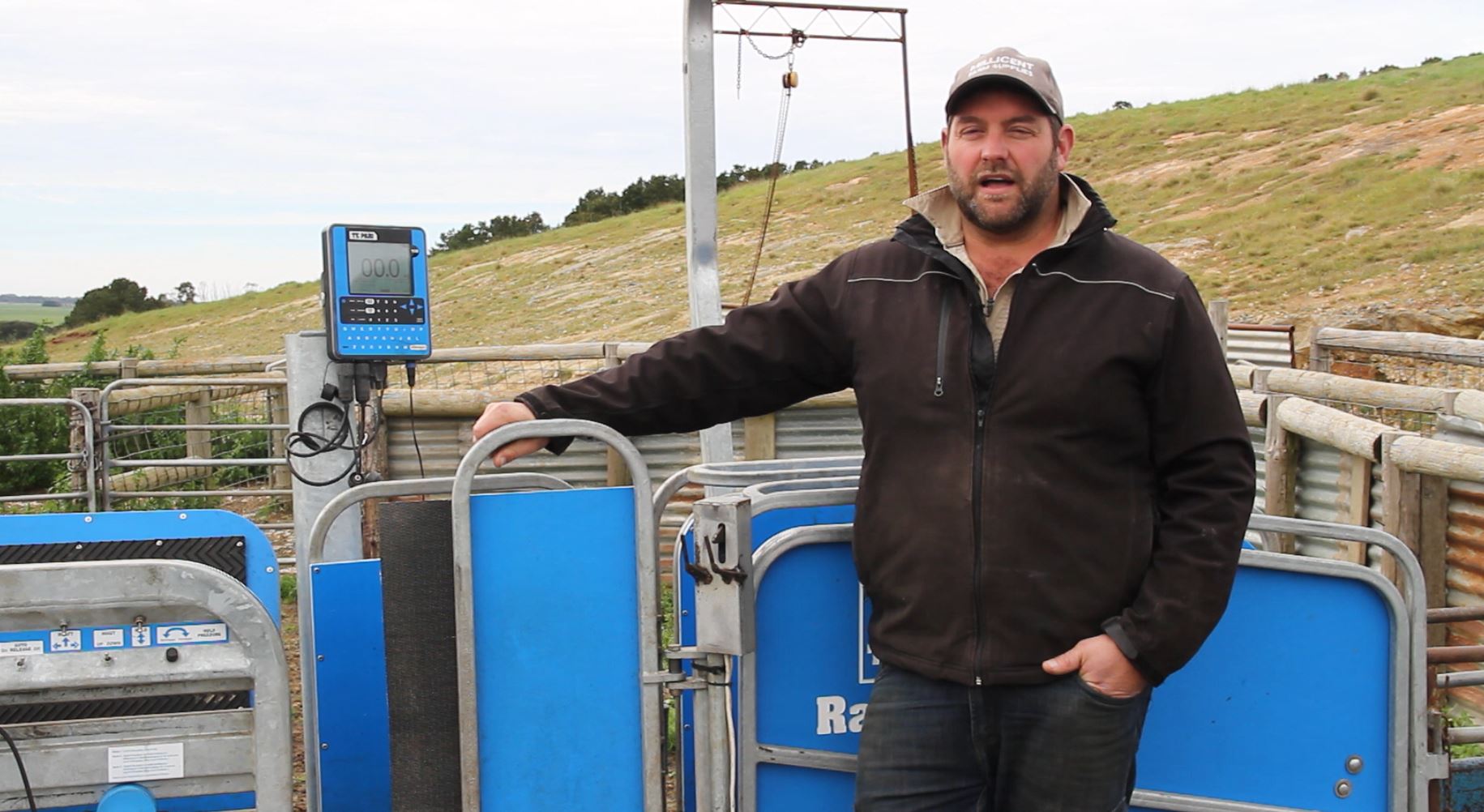 As the name suggest, its taken the handling out of sheep work. 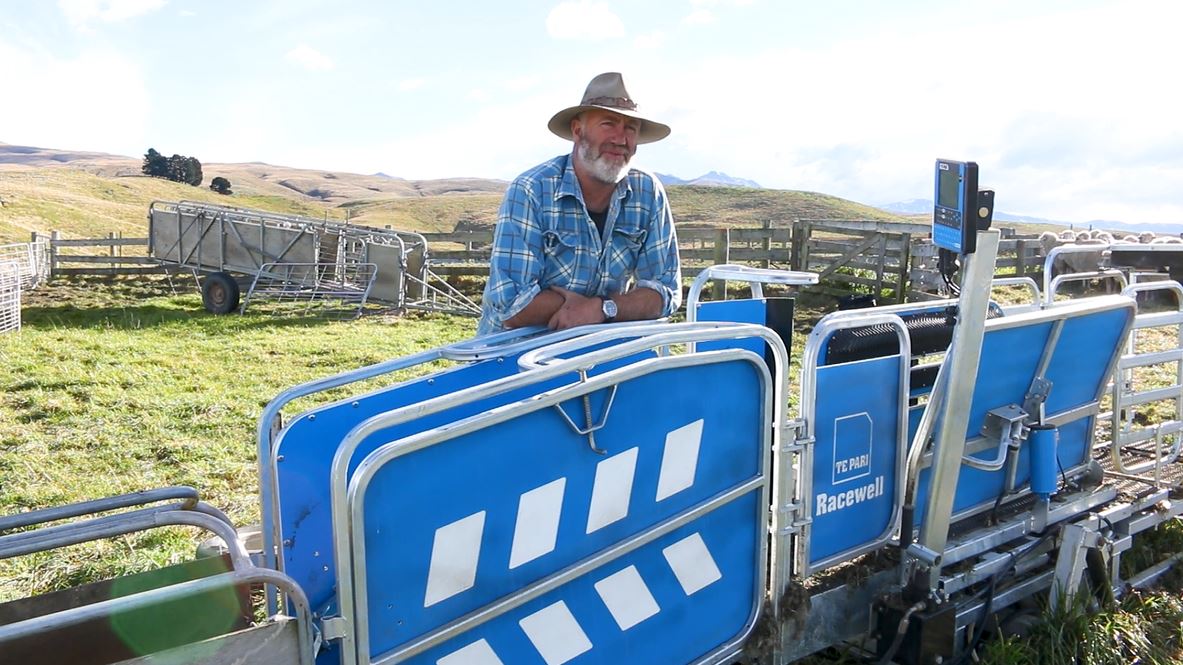 Looking for dimensions of our Racewell Handler's? 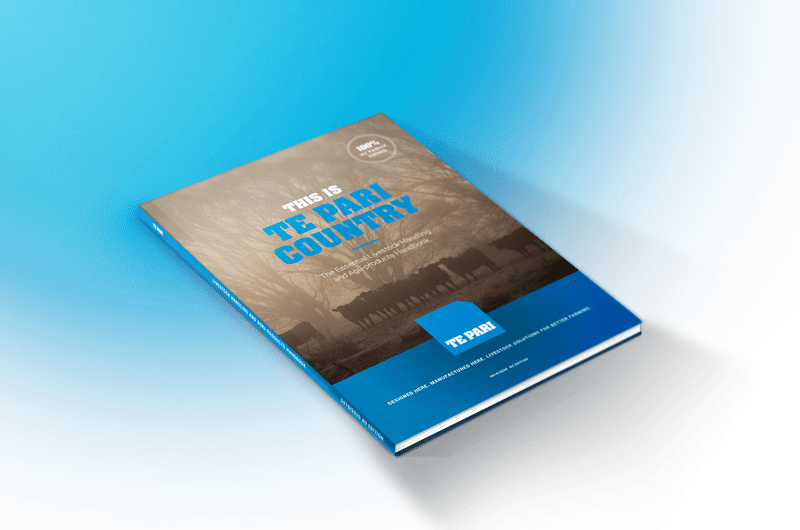 The Te Pari Handbook contains over 100 pages of details and specifications on the entire Te Pari range.

The Te Pari Handbook contains over 100 pages of details and specifications on the entire Te Pari range.