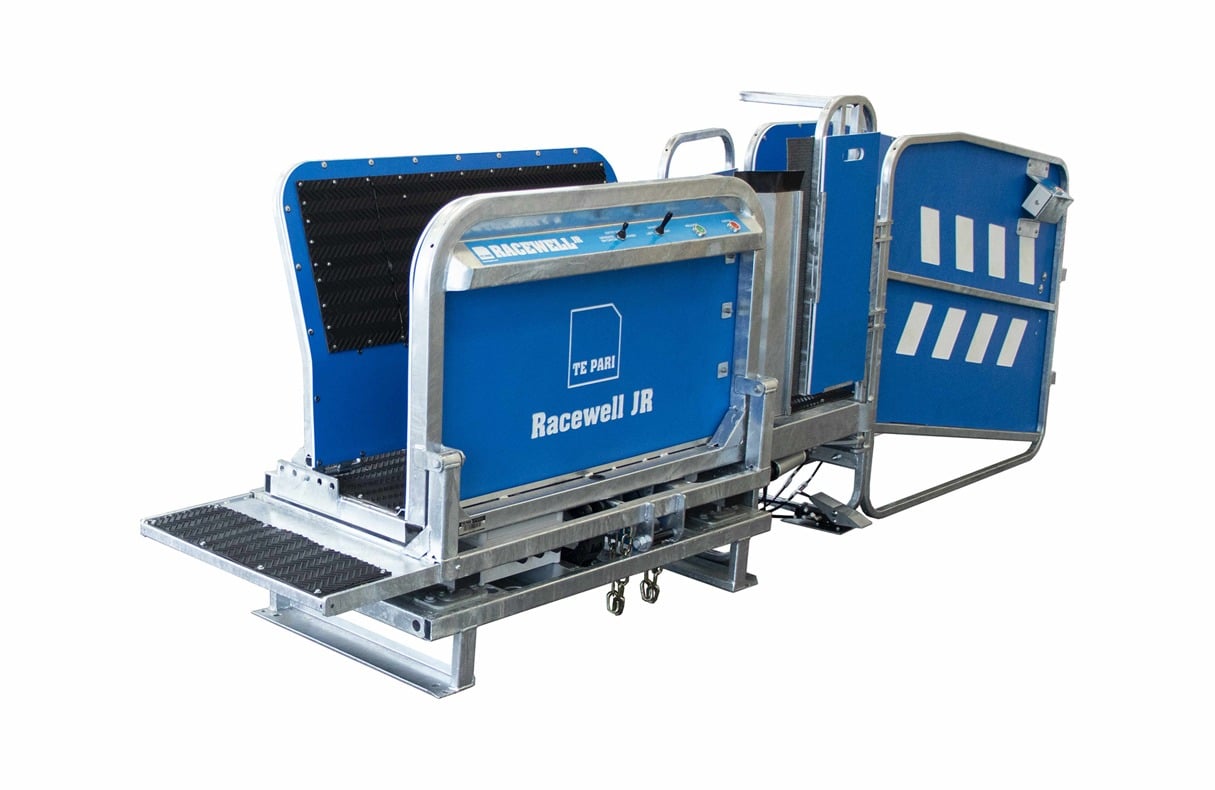 Over the years, many new features have been added to our Racewell Sheep Handler range. These improvements include improving the speed, adding extra backing hooks, draft gates and much more. However, we have now introduced a new low-cost entry-level sheep handler without the fancy features. Just designed to make sheep handling easy.

In essence, the Racewell JR retains all the strength and stamina of our other models. However, the first major change is removing all electronic controls. Instead, the Racewell JR only requires compressed air to run. The choice to remove these helps reduce the production cost significantly.

The standard model JR includes a lead-up ramp, auto gate and a clamp-wall in the handling area. The catch is operated via the dashboard or from the entrance to the machine where a second catch button is fitted. This means working with one person is possible as you can still push stubborn animals into the machine and catch them.

The clamp wall of the JR is adjustable, allowing for all sized sheep and features proportional control. An example where this is useful is when bringing pregnant ewe’s in, you can adjust how much pressure is used to hold them opposed to bringing large rams in.

Just like the rest of our Racewell range, the main controls are on the outside frame of the catch area. Standard on the JR range, you can control the operation mode, catch and release. If you purchase draft gates with your JR, these are controlled from here.

A standout feature that sets the Racewell JR apart from other machines on the market is that the catch will not release the animal when you leave the machine. This means you can catch one animal, and depending on your task you could be drenching and dagging in the same pass effortlessly. 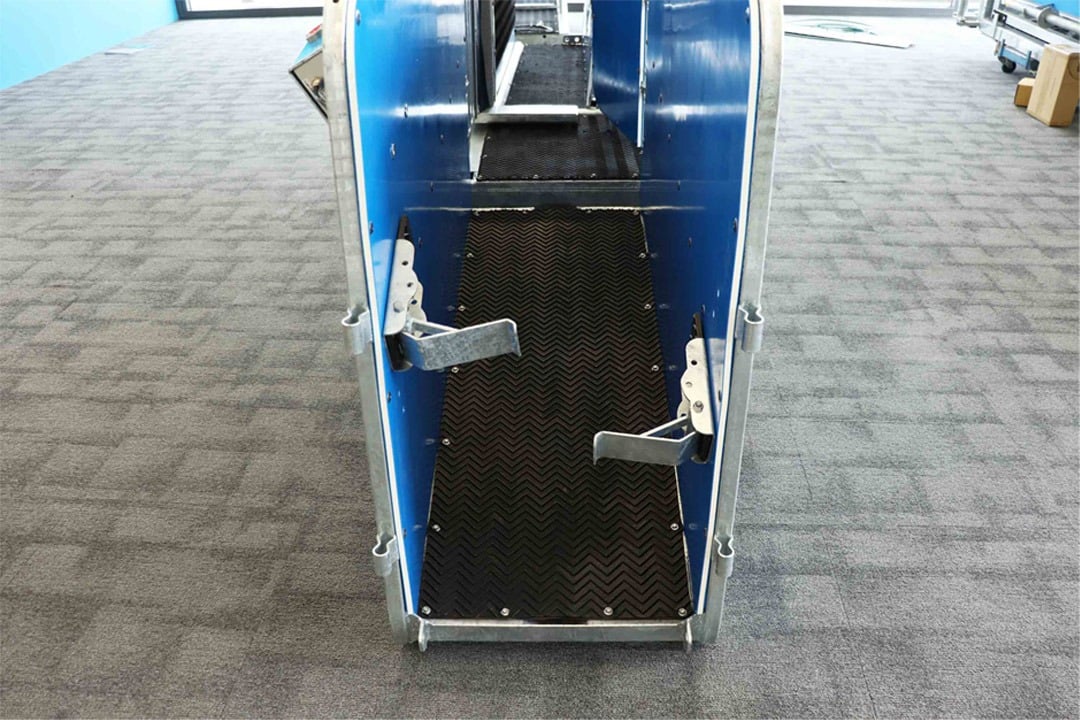 Another feature of the JR is the lead-up race. With two adjustable spring-loaded backing flaps, these help to hold the next animal ready to enter the catch area. These are essential when working stock alone. 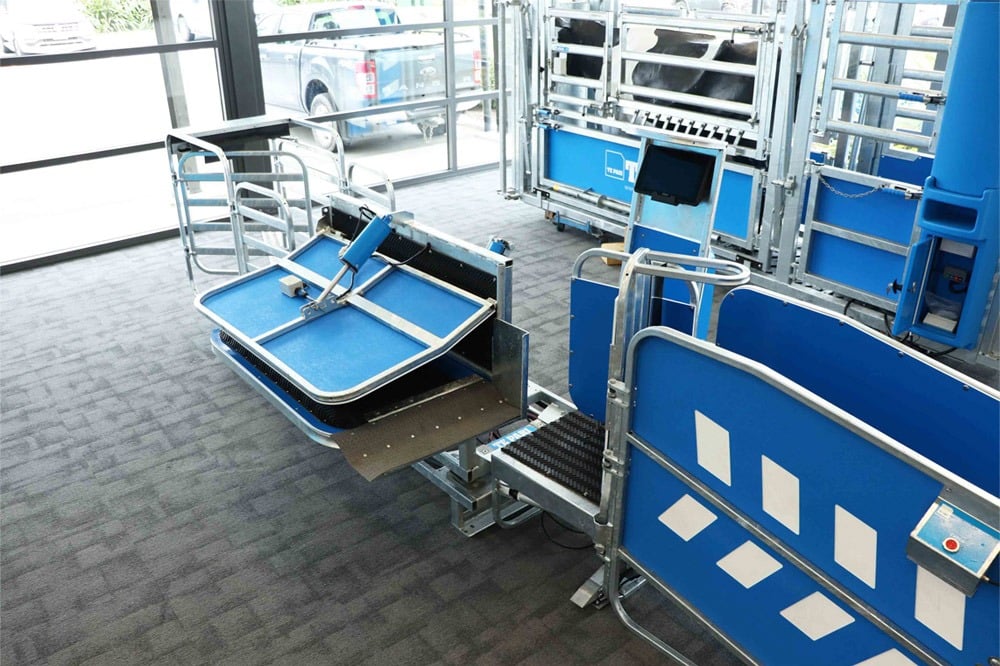 An optional upgrade to side tilt will make crutching and dagging a breeze. When an animal is held, the side tilt can be controlled from the foot pedal mounted under the auto entry gate. Rotating 90 degrees, this puts the animal in a position that is easy to access for crutching and dagging, saving you time and effort by avoiding dragging them across the board or up the race. 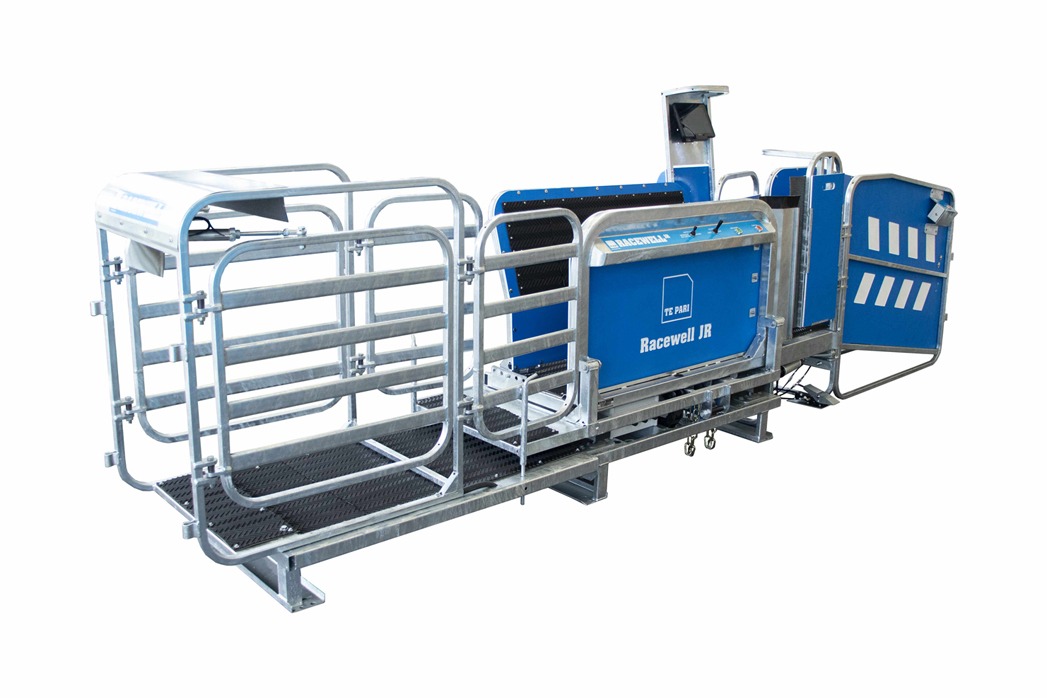 The optional upgrade of the drafting gates is a great option if you decide to fit scales to the machine and start taking animal weights. The draft gates could also be used to sort the lambs into dirty/clean for dagging. However, the Racewell JR cannot be set to auto-draft, unlike the other Racewell Sheep Handlers.

The option to fit the Racewell JR to a trailer unit is also available and will mean you can take this handler anywhere on your property to handle your stock with ease.

So, if you've just bought into a sheep farm or you dabble with a few hundred sheep on the side, then the JR is perfectly suited to fit your needs.

Never the less, if you have a vast acreage and thousands of sheep? Don't discount the JR just yet. The practicality of having a non-electric, all-weather sheep handler in a set of outdoor yards out the back of the farm would quickly out-weigh the purchase cost.

Instead of bringing the hoggets or two-tooths into the main yards, simply drench, inoculate or check them with the JR and release the sheep back to their paddock. Take a portable crutching machine, dag the dirty lambs and be home in time for lunch.

You called - and we listened. Designed with Kiwi ingenuity and made in Te Pari's Oamaru factory from NZ hot-dip galvanised steel.

The Racewell JR Sheep Handler is your go-to unit for easy and simply sheep handling.