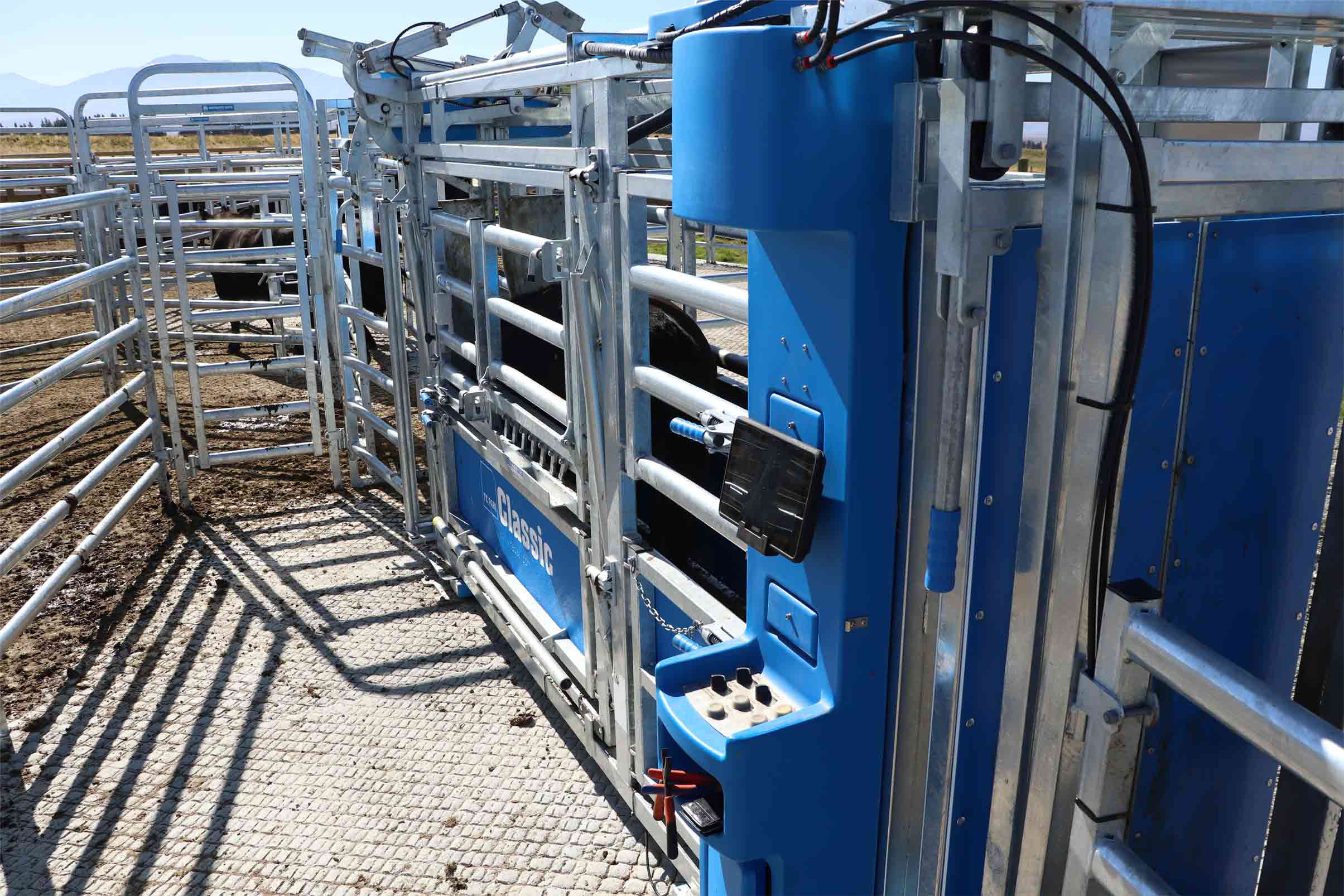 There's a reason a lot of cattle producers dread drafting their stock: it's a pain in the neck. If you've got an old fashioned yard and a manual crush, it can take all day. Not only is it a labour intensive process, which often requires extra staff, but if you want to weigh them too, it can take even longer.

However, thanks to innovation in this space and the introduction of automated cattle crushes, many producers across the country are now saving time and money on this once cumbersome process.

In fact, for commercial cattle producer Mark Withers - who recently invested in the Taurus HD3 Auto Draft Cattle Crush - it is now as easy as pushing a button, meaning he can get all of his cattle through in a fraction of the time. Mr Withers had the unit installed about 12 months ago (at the same time as he replaced his old yard with a more modern design) and says it has definitely increased his productivity.

He says he no longer needs to expel energy trying to coax cattle through gates. The automation makes it easier on the animals, meaning they're less distressed. This ultimately leads to them feeding themselves in and out without much hassle. Once they're in the crush, the cattle are automatically weighed, have their tag scanned and then fed back out in one of three directions. All Mr Withers has to do, is stand back and watch the monitor, which he says is literally the hardest part. 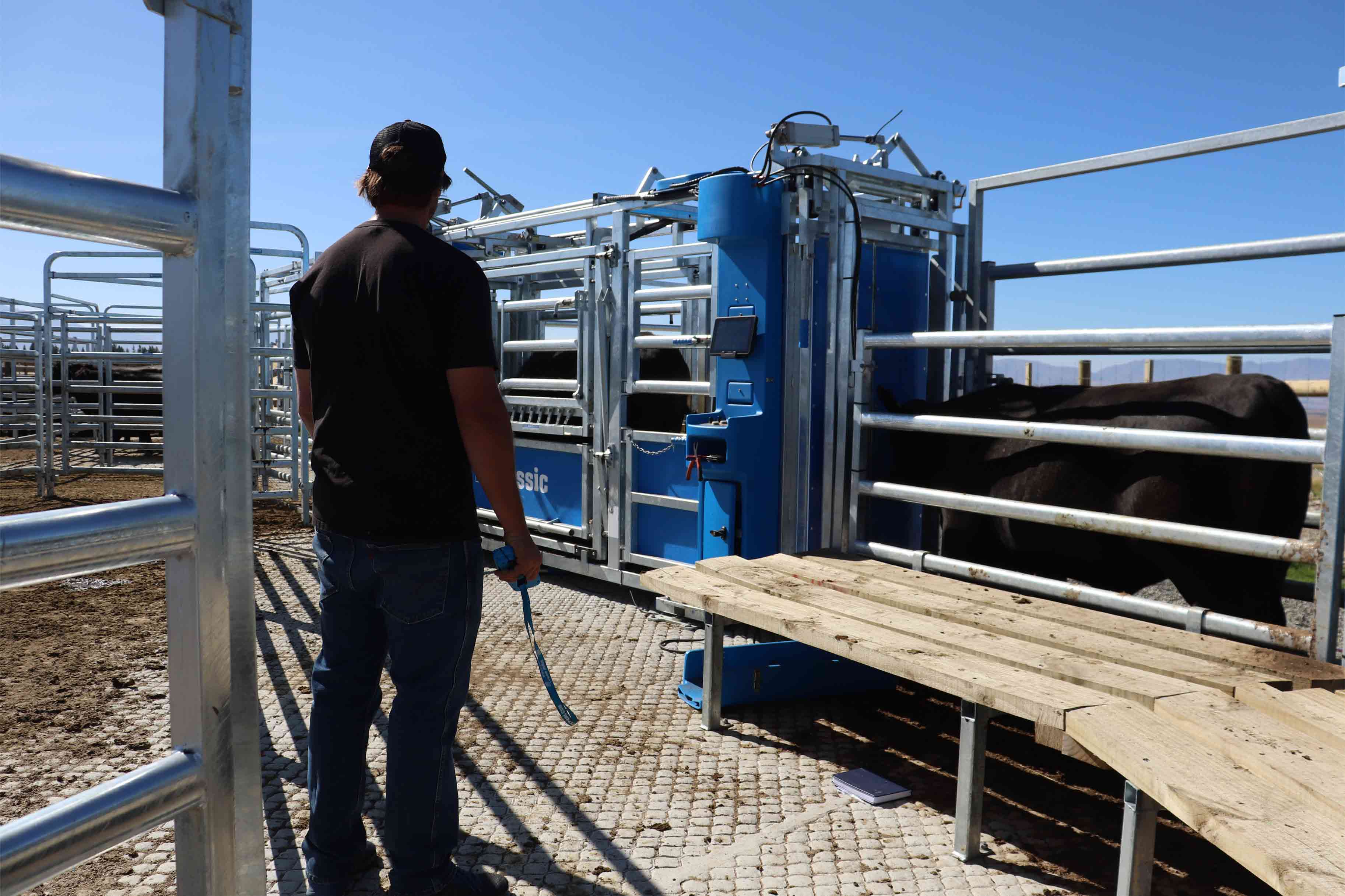 "We're still learning to use the screen but the crush itself is really good. We were preg testing heifers recently and the vet absolutely loved it. The way the squeeze and head bail works, and the ways the (air operated) gates open, it's great," he said.

"Our old manual crush was just antiquated. It was probably 30 or 40 years old and... the way the cattle approached it just didn't work well," he continued. "But now, we can handle more cattle in a much shorter amount of time. Say if we had to weigh 100 steers with the old manual crush, that would've taken us all day. Now, we can do the same number in an hour."

Mr Withers believes the entire redesign of his yard has contributed to the increased efficiency but says the Taurus HD3 Auto Draft Cattle Crush has been pivotal. It has also led to him weighing his cattle more regularly.

Another producer who has increased his productivity thanks to automation is cattle producer Graeme Stuckey. Like Mr Withers, he also installed the Taurus HD3 Auto Draft Cattle Crush about 18 months ago and says he hasn't looked back since.

Before purchasing the crush he did extensive research on it. He looked at a number of different brands and even flew to New Zealand to check one out up close. In the end, it was the workmanship and quality that won him over. Since then, the machine has significantly increased his productivity. In fact, he says, he's even considering installing a second. 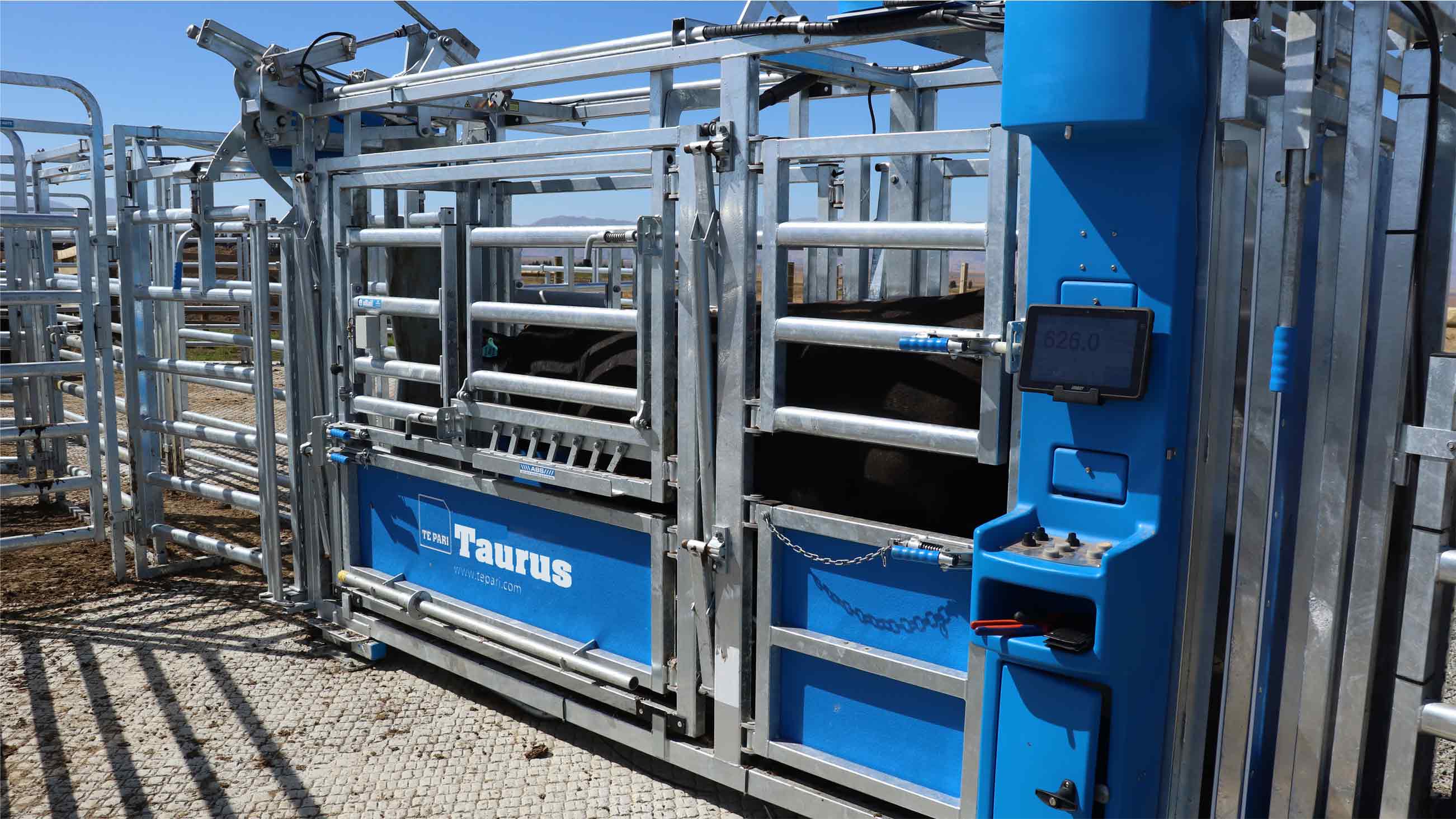 "It definitely makes the process easier. It's unlimited what you can do on your own now," he explained.

"It doesn't require as much labour and the way the cattle react to it is just incredible. They're content. They flow through it and they're happy at the end of it," he continued. "It's also not as physically demanding. So, you can finish the day fresher and more able to go off and do something else."

Mr Stuckey said the crush had also helped him cutdown on labour costs and improved OH&S, which is very important for him as he is currently dealing with tough drought conditions on his Gipsland property. "We also weigh our cattle a lot more frequently now than we did in the past and it really helps our operation run a lot more smoothly," he said.

"With these facilities, we can now get the job done faster, smarter and more efficiently and then move on to the next job."

Mr Stuckey says he would recommend Te Pari's products to anybody else. He also says he has been extremely impressed by their customer service and post-sale care.